Mayan ruins, cenotes, and many of the best beaches in the world await you in Tulum. 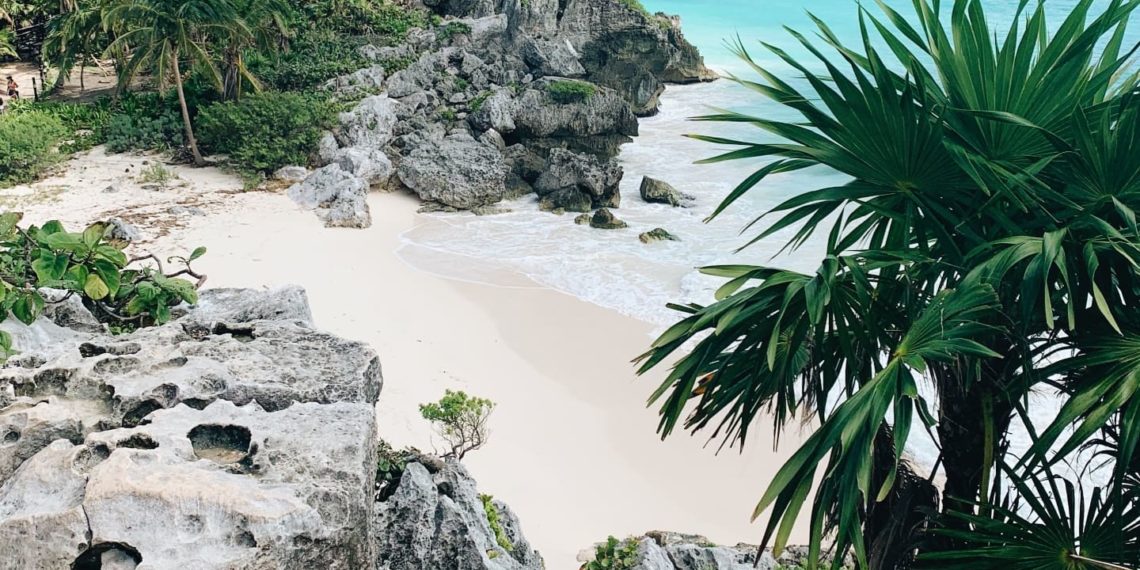 Considered the walled city of the Mayan culture, Tulum, in the state of Quintana Roo, is located on the shores of the Caribbean Sea, right in the region known as the Riviera Maya. Formerly known as Zamá, which means “dawn” in Mayan, it was changed to Tulum, which translates to “wall,” because of the reference to the city when it was already in ruins.

Much of what is known about Tulum is thanks to its archaeological site, which has inscriptions dating back to the year 584 and that most of its incredible buildings were built in the post-classic period of the Mayan civilization. El Castillo, a building that represents the Sun and Venus and is one of the oldest, is located on a cliff. It also contains a cave, which for archeologists, is a reference to the universe and the underworld.

Other impressive buildings and ruins are the Templo del Dios Descendente and the Templo de los Frescos. Undoubtedly, Tulum was one of the most important cities of the Mayan culture due to its commercial connections; both on land and sea, as well as its representation of cosmology. Another important fact to note is that this archaeological zone is inside the national park with the same name. This Protected Natural Area that covers more than 600 hectares of territory has areas of both scientific and conservation value as well as tourism and recreation. There are several freshwater cenotes and beaches here that you can enjoy! Nearby is Playa Pescadores, Santa Fe, Paraíso and Las Palmas, places where tranquility reigns and which are an incredible natural Eden.

Before telling you everything you can do in the heart of the Pueblo Mágico, we recommend you schedule at least one day to go to the Reserva de la Biosfera de Sian Ka’an, a natural area that has underground rivers that connect with cenotes and mangroves. This area, declared a World Heritage Site since 1987, is an ecosystem of jungle and wetlands, home to wild boars, jaguars, manatees and tapirs. Also known as “the gate of heaven” for its translation from Mayan, here you can enjoy impressive bodies of water and see the archaeological ruins of Muyil and Tampak.

On your way back to Tulum you can recharge your batteries by eating at one of the town’s restaurants. If you are looking to reduce costs, in the downtown area of the Pueblo Mágico you will find many places for seafood, food with Mayan heritage, taquerias, pizzerias and many other options. In addition, in the surroundings there are places that sell handicrafts to take a peculiar souvenir home. Here, one comes to relax, so do not leave without scheduling a yoga or meditation class, a spa service or a temazcal bath. To pamper the body!

Although the variety of cenotes in the Riviera Maya is great, the best known in Tulum -and which are relatively close to downtown- are the Cenote Caracol. An underground paradise part of the Sac Actun Cave System; Cenote Dos Ojos, a park where you will find restaurants, hammocks, and diving and snorkeling tours. the Cenote Tankah, a favorite place for many travelers since here you can enjoy a beautiful beach and also an impressive crystal clear and fresh water. Tamcach-Ha, Multun-Ha and Choo-Ha, three cenotes located near the Zona Arqueológica de Cobá. The Gran Cenote, one of the most famous and with a very special vibe. And, the Cenote Calavera, a mystical place with crystal clear water that has gained worldwide fame due to its incredible surroundings. What other cenote do you think is worth visiting on a trip to Tulum?

The Riviera Maya offers slightly more secluded and pristine beaches like Playa Xpuha and Playa Xcacel; the first, located on the road to Chetumal, with turquoise waters and fine sand, which is also an ecological reserve with a lagoon and a cenote called Manatí. On the other hand, the second is located about 20 kilometers from downtown on the way to Playa del Carmen offering visitors gentle waves and unforgettable views. A few meters from this beach is the Xcacelito Cenote, a perfect body of water to take a bath and connect with nature.

We could go on and on about the great, natural and beautiful places to visit near Tulum, but whatever your final destination is, it will surely take your breath away due to its charm. When do you schedule your trip to paradise? 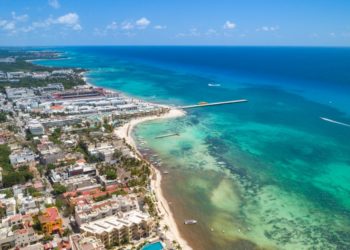 Playa del Carmen: a beautiful corner of the Riviera Maya that you should visit 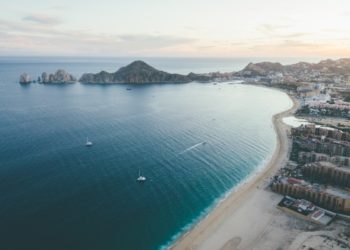 Cabo San Lucas: one of the best destinations that you should know in Mexico

Puerto Vallarta: beaches and bohemian life on the golden shores of Jalisco